The guest artist this week is my dear friend Heidi Barnes. Heidi lives in the Pacific Northwest near Seattle and is someone who nudged me (read pushed) into publishing my first novella. She is an amazing writer with books in two different series – Obsession and Destiny … check her out on Amazon. com

Heidi not only is a novelist, but a damned good poet and short story writer as well … enjoy her writing – a poem and a personal story!

Coin of My Choice

Do you die for tomorrow

Or live another day

Do weep in sorrow

Or laugh at your prey

When choices you make

Payment must be paid

Coin of my choice

Hide if you must

In the end I will find you

Run if you must

In the end I will win

I’m Too Old to Chase Rabbits

My dog, Jack, is getting on in age. It has been thirteen years since we went to choose between him and his brother. It was and easy choice. Jack was full of energy and wanted to play. His brother found the nearest object, ran under the truck and began to chew on it. Yeah…exuberant it was! Now, where he still has energy, it’s a little more subtle and his hearing isn’t what it used to be.

In the last couple of weeks the rabbits, or stew meat as I lovingly call them through gritted teeth, have come out in force. I’ve had as many as four in the yard at once, and those are just the ones I can see. I wonder where all the coyotes have gone. Have they suddenly sworn off rabbit? I hear it’s rather tasty.

Now before I receive comments about how cute and cuddly rabbits are, I thought the same thing until they ate $200 worth of plants I had just planted. Needless to say I was not amused.

Now that you have some back story, here is what happened a few days ago.

Jack is sleeping on his bed when I see one of the vermin called rabbit in the yard eating grass a little to close to my flowerbed for my comfort.

Me, a little louder: Jack! There’s a rabbit!

I head for the slider and he follows as I wind him up to chase the rabbit. Now there is an art to opening the slider and not having the dog slam into it as he bolts out the opening like a race horse. You have to time it right and be wicked fast. I brace myself. Jack crouches down, ready to spring forward. I slide the door open and…

He sticks his head out the door. Slightly anti-climactic. Although lately he has been thinking about running more than actually doing.

Jack stares at the rabbit who is now frozen in hopes that he won’t be seen.

Me, very exuberantly: Rabbit! (Because that one word says it all.)

Jack: Yes, that is a rabbit.

Me: Go get the rabbit!

Jack gives me a look that seems to say: You do remember the last time I chased one of those things. I had to be carried back because my joints aren’t what they used to be. Very embaressing.

The rabbit is still frozen in the lawn.

Me: Come on, Jack. Get the rabbit!

Jack looks back at the rabbit then very non-chalantly walks out the door and to the left, NOT towards the rabbit: I’m going out front.

As Jack disappears around the corner of the house, the rabbit resumes eating, and I’m left wondering what just happened.

These pictures were taken at Giraffe Manor in Nairobi …

The following pictures were taken in Mara Kenya 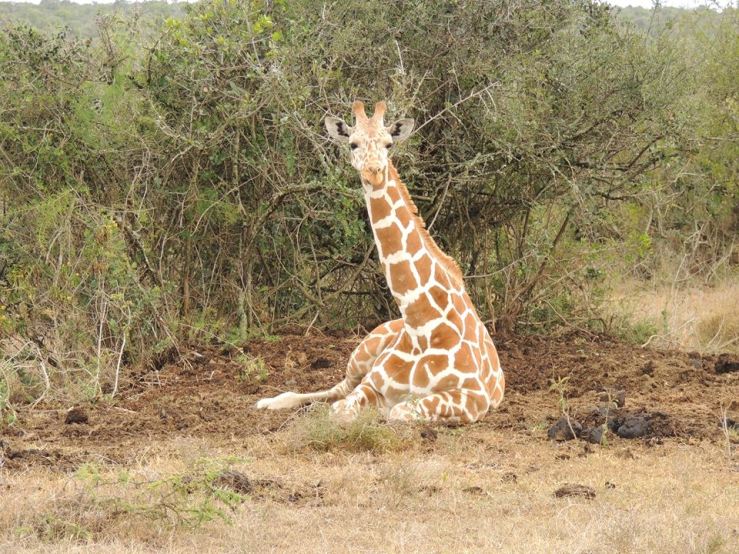 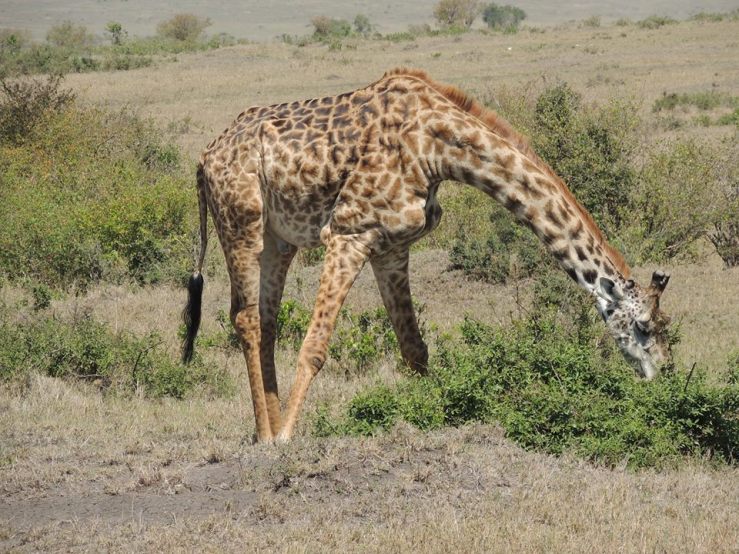 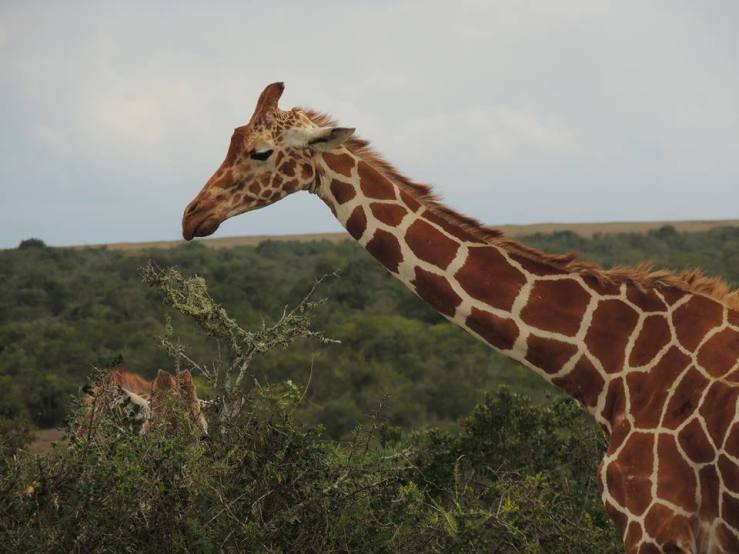 The following are Joss’s giraffe’s inspired by her trips.

Kevin is an amazing artist I met last year … here is his work and website!

I am an artist a furniture designer and builder and currently not doing any of that. I decided I was going to be an artist at a very young age and like putting a boat in a fast river that decision has carried me in ways I would never have predicted. I don’t know if it would have been better if I had been in control or not. It’s best not to think but to let go.

Check out his art here > https://kevinstricklerart.com/category/posts/

To be the first…

Really how hard is it?

In comparison many things are so easy,

Standing in front a stampede of bulls,

Bolting in front of a speeding train,

To protect something loved from a hail of bullets,  but to be first,  ah that is a feat.

I can be the first to step forward to stop an evil,

the first to voice a dissent in the vacuum of majority,

to lay everything on the line to fight for what is right,

To be the one to stop the dominoes,

But when it comes to the personal,

When it comes to that thing

That one word, that one action

That laying open of the soul

The trusting of fate that actually means … everything.

Even to a nearly emotional nudist,

It is like pulling a planet A planet the size of jupiter,

To be the one to voice a need,

To even ask for help

That is what makes my heart sick and my palms sweat.

To trust in that fickle witch… fate

Trepidation is not due to stinging pride that I couldn’t tackle it myself or the fact that I would need, or want something, someone else, but the underlying dread of hearing that soulless reverberating heartbreaking, No.

No, you are not worth this;

No, you are not enough;

It is easier to deal with  my lacking, my freakishness, my insufficiencies

When I don’t have to listen to them,

When I don’t watch them parade  before me for the sheer joy of it, when the disparity of fairness

The rightness in this universe isn’t evidenced before me.

He is rarely about right.

The hopeful to grasp At those fleeting straws.

Some times bravery is superfluous,

Where it is unnecessary,

In being the first To trust In the actuality of happenstance and the occurrence of right.

I hate to be cliché

But saying it all comes down

To laying down a bet

Taking what is doled out, be it a lesson or salvation

Introducing my friend and a member of our local writing group – Linda Pledger.

Linda Pledger of Hamilton, TX, was born, raised and went to High School in Dallas, TX.

College education started at East TX Baptist College and was completed with a BS at the University of TX at Austin.

Linda keeps journals and has always been a snail mail writer. Serious writing began as the first of her four children began to leave home.

Retiring to a ranch in Central TX in 2002, Linda wrote a blog for her high school web page about moving from PA to TX.

Family illness, deaths and struggling as a widow have awakened the literary urge, bringing Linda back to her typewriter.

Selections for this week are poems about each of her children as they go out on their own.

As I watch her walk

Headed for that empty dorm room,

A tear swells in the eye

Then another and another

Until the deluge is just short of unbearable.

With this watery show of emotion.

The hug was difficult enough

A kiss on the cheek, the simple “good bye”.

Now the shadows engulf her.

Does she feel the same fear

That races through my mind?

Or is she feeling relief to finally

Be out of the nest.

Once again immerging into the light

She gives final wave and then she’s out of sight.

Walking the four flights of stairs

Down the long hall through the door

To the beginning of the rest of her life.

Semester and a half under his belt

As he walks by

Focused on a vacation dealt.

Lucky, we should feel

That his time is shared

Instead of making a deal

A head full of knowledge

A young man still knowing it all,

Yet, maturing at leisure.

Anxious for the herald

Days of endless nothing,

Followed by nights of mindless viewing

Ease the weeks of concentrated studies

Give a time of reposing

A week of intermittent bragging,

As “all good things,

Must come to an end”,

A holiday from ivy hall

Ends as it begins.

He strolls happily out to stand

On his own, astonishingly tall.

“Now and again there’s a moment, when the heart cries aloud: yes, I am willing to be that wild darkness, that long blue body of light.”